Adult children of women who had gestational diabetes during pregnancy may have increased insulin resistance and be at risk for an atherogenic lipid profile, according to study findings published in The Journal of Clinical Endocrinology & Metabolism.

Research shows that by adolescence, individuals with mothers who had gestational diabetes show markers of insulin resistance and metabolic syndrome, higher body mass index (BMI), and greater waist circumference. However, it is unknown whether the higher risk for obesity and metabolic sequelae observed during childhood extends into adulthood. In this study, researchers investigated the impact of exposure to maternal gestational diabetes or pre-pregnancy overweight/obesity on the cardiometabolic health of offspring in adulthood.

The researchers found that compared with controls, offspring of mothers with gestational diabetes and of normoglycemic mothers with overweight/obesity had higher fasting glucose and insulin levels. However, when adjusted for relevant confounders and/or current characteristics including BMI, smoking status, and gestational age, these differences were no longer significant.

The findings of an atherogenic lipid profile in adults born to mothers with gestational diabetes and lower sex hormone binding globulin, which is associated with insulin resistance and hyperandrogenism, may reflect increased cardiometabolic risk later in life in these patients, according to the researchers. “Maternal pre-pregnancy overweight or obesity alone was [also] associated with offspring insulin resistance, but the association was weaker and explained by current adiposity.” 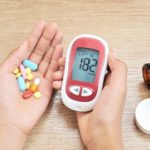