Aflibercept (Eylea), bevacizumab (Avastin) and ranibizumab (Lucentis) all improved vision in patients with diabetic macular edema, but treatment with aflibercept resulted in greater improvement in those with worse baseline levels of visual acuity, according to data published in the New England Journal of Medicine.

In the study, the researchers randomly assigned 660 adults (mean age, 61 years) at 89 clinical sites to receive intravitreous aflibercept 2.0 mg (n=224), bevacizumab 1.25 mg (n=218) or ranibizumab 0.3 mg (n=218), administered as often as every 4 weeks according to a protocol-specified algorithm.

All patients had diabetic macular edema involving the macular center. Ninety percent of patients had type 2 diabetes, with a mean duration of diabetes of 17 years. Mean baseline visual-acuity letter score was 64 (Snellen equivalent, 20/50), and mean central subfield thickness was 412 mcm.

Results showed that mean visual-acuity letter score (range, 0 to 100, with higher scores indicating better visual acuity, and a score of 85 being approximately 20/20) improved by 13.3 with aflibercept, 9.7 with bevacizumab and 11.2 with ranibizumab.

Although the researchers observed greater improvement with aflibercept compared with bevacizumab (P<.001) and ranibizumab (P=.03), the difference was not clinically meaningful, as it was primarily driven by eyes with worse baseline visual acuity (P<.001 for interaction).

However, when visual-acuity letter score was 78 to 69 (equivalent to about 20/32 to 20/40), mean improvement was 8.0 with aflibercept, 7.5 with bevacizumab and 8.3 with ranibizumab (P>.50 for each pairwise comparison), suggesting the drugs were comparable in this patient population, according to the data.

“Eylea, Avastin and Lucentis yield substantial gains in visual acuity for most people with diabetic macular edema; however, on average, Eylea appears to provide additional benefit for patients who start treatment with moderate or worse vision loss,” John A. Wells, MD, the lead author of the study and a retinal specialist at the Palmetto Retina Center in Columbia, South Carolina, said in the release.

In an accompanying editorial, Daniel F. Martin, MD, of the Cleveland Clinic Cole Eye Institute, and Maureen G. Maguire, PhD, of the University of Pennsylvania in Philadelphia, discussed the findings and addressed the considerations around which of these drugs may be best for various patients.

“Aflibercept should be considered as first-line therapy in [patients with a visual acuity of 20/50 or worse], with bevacizumab as the alternative given the lack of a significant difference in visual outcome between bevacizumab and ranibizumab and the large difference in cost between the two drugs,” the researchers wrote.

“… We believe that all financial incentives and logistic barriers to providing the least expensive drug, among drugs equivalent in safety and efficacy, should be eliminated so that patients may fully benefit from the results of this Diabetic Retinopathy Clinical Research Network trial as well as those from other comparative trials.” 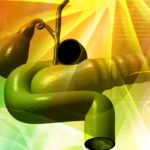