In a large cohort of patients with hepatitis C virus (HCV), the use of direct-acting antiviral agents (DAA) was associated with significantly lower incidence and risk for subsequent diabetes, according to data published in Clinical Infectious Diseases.

This study used the ERCHIVES database of patients with chronic HCV infection to identify 4764 patients treated with a pegylated interferon and ribavirin regimen (PEG/RBV) and 21,279 treated with a DAA-containing regimen. Patients treated with both regimens or those with diabetes at baseline were excluded. To determine the effect of treatment regimen on risk for diabetes, propensity score-matched controls were also identified.

The study investigators also observed a larger reduction in persons with more advanced fibrosis/cirrhosis (absolute difference 2.9 for FIB-4 score <1.25; 5.7 for FIB-4 score 1.26-3.25; 9.8 for FIB-4 score >3.25). Both DAA (hazard ratio [HR], 0.53; 95%CI, 0.46-0.63) and sustained virologic response (HR 0.81; 95%CI, 0.70-0.93) were associated with significantly reduced risk for diabetes. Those who received DAAs had longer diabetes-free survival compared with untreated patients and those treated with PEG/RBV. However, there was no difference in diabetes-free survival between the untreated and PEG/RBV-treated persons.

The study benefited from a large national population and long follow-up available in the well-established ERCHIVES database. The study was limited, however, as a result of the retrospective nature of the data collection and non-fasting glucose measurements. Researchers also noted that the study population was predominantly male, which meant the results may not be applicable to the female population.

The study investigators concluded that HCV treatment, “significantly reduces the incidence and risk of subsequent diabetes, driven largely by DAA regimens.” They also found that this benefit was more pronounced in patients with more advanced liver fibrosis or cirrhosis. Researchers further stated that this shows treatment with DAA confers benefit beyond virologic control and may therefore be useful in controlling some extrahepatic HCV complications. 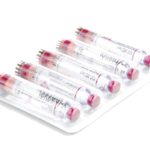