The presence of DME was assessed using definitions from the Multi-Ethnic Study of Atherosclerosis (MESA) and the National Health and Nutrition Examination Survey (NHANES). Diabetic Retinopathy Clinical Research Network eligibility criteria thresholds of central subfield thickness (CST) were used to identify the presence of DME on OCT.

For eyes without DME on OCT, 58.2% and 18.0% were diagnosed as having DME on monocular fundus photographs based on MESA and NHANES definitions, respectively.

“Caution is suggested when extrapolating prevalence of eyes that may benefit from anti-vascular endothelial growth factor therapy based on epidemiologic surveys using photographs to diagnose DME,” the researchers wrote. 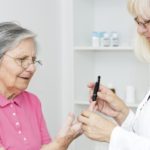