Cardiovascular disease risk and diabetes management vary in patients with diabetes by geographic region in the United States, according to study results published in the Journal of Diabetes and Its Complications.

Using data from the Diabetes Collaborative Registry (DCR), researchers investigated geographic differences in the management of cardiovascular disease risk in patients with diabetes. Demographic and clinical characteristics of the DCR cohort were also compared against data from the National Health and Nutrition Examination Survey (NHANES) to evaluate the extent to which the results may be considered representative of the US population.

A total of 67,433 adults (48% women) with diabetes (98% type 2 diabetes) were included in the analysis from the DCR cohort. Patients were restricted to those from 212 primary care sites and classified based on their geographic region (Northeast, Midwest, South, and West). The majority of patients (62%) were treated in the South, followed by the Northeast (18%), Midwest (17%), and West (3%). Approximately 21.5 million people with diabetes were included from the NHANES database.

For both cohorts, the average body mass index was in the obese range and mean hemoglobin A1c (HbA1c) and percentage of individuals with blood pressure <140/90 mm Hg were similar. Dyslipidemia was more prevalent in the DCR cohort (83%) than the NHANES cohort (63%). A higher percentage of patients in the DCR cohort achieved diabetes control compared with the NHANES cohort (18.8% vs 6.0%).

Rates of use of insulin (18% vs 27%), oral hypoglycemic agents (56% vs 71%), and antihypertensive medications (79% vs 95%) were lower in the DRC cohort than the NHANES cohort. However, among individuals with HbA1c >9%, use of diabetes medications was similar between groups. Use of cholesterol-lowering medications was similar between groups, but patients in the DCR cohort were less likely than NHANES patients to receive lipid-lowering therapy in the context of dyslipidemia (78% vs 90%) or low-density lipoprotein levels ≥2.59 mmol/L (60% vs 77%).

The researchers noted that medical conditions were diagnosed differently in the DCR and NHANES cohorts, which may have limited the comparisons made between the groups. 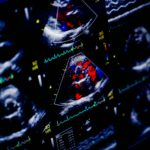 Dapagliflozin Approved for Heart Failure With Reduced Ejection Fraction in Patients With, Without T2D