Diabetes can impair motor recovery after a corona radiata infarct in which the corticospinal tract (CST) was interrupted, according to study results published in The Journal of Clinical Endocrinology & Metabolism.

As scarce data are available regarding the effects of diabetes on motor recovery after cerebral infarct, researchers recruited patients with corona radiata infarct and used diffusion tensor tractography to visualize the CST, the most important structure for motor function in humans, and classified patients based on poststroke integrity of the CST.

The retrospective study included 100 adults age 20 to 79 years who were admitted to a university hospital in the Republic of Korea between January 2006 and October 2017. All patients had a first-ever stroke with infarct at the level of the corona radiata associated and severe weakness of the affected extremities.

Changes in motor function from onset of cerebral infarct to 6 months were evaluated in each patient using the upper and lower Motricity Indices, modified Brunnstrom classification, and functional ambulation category.

Compared with baseline evaluations, upper and lower limb Motricity Indices, modified Brunnstrom classification, and functional ambulation category were all significantly improved at the 6-month evaluation in patients with and without diabetes (P <.001), with no significant difference between the groups in any of the motor function scores at 6 months.

In patients with a positive diffusion tensor tractography finding, there were no significant differences in motor function scores at the 6-month evaluation between patients with or without diabetes (P >.05, all).

In patients with a negative diffusion tensor tractography finding, there were significant improvements in all motor function scores in both groups at 6 months; however, the improvements in motor function were significantly higher in patients without diabetes vs patients with diabetes, including upper limb Motricity Index (P =.006), lower limb Motricity Index (P =.006), modified Brunnstrom classification (P =.043), and functional ambulation category (P =.021) scores.

The investigators acknowledged that the study had some limitations, including its retrospective design and small sample size.

“[D]iabetes impaired motor recovery after a corona radiata infarct in which CST was interrupted. In particular, in patients with interrupted CST, the presence or absence of diabetes was a decisive factor in the recovery of gait function,” concluded the researchers. 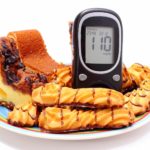