The risk of open-angle glaucoma (OAG) appears to be modestly decreased in individuals with diabetes mellitus (DM), according to findings published in Acta Ophthalmologica.

To investigate the relationship between DM and risk of OAG, researchers reviewed data from a population-based historic cohort comprising individuals aged 40 years and older who began DM treatment between 2001 and 2010 and a reference population matched for age, gender and hospital district.

The researchers compared the incidence of OAG between individuals with DM and the matched control individuals. They identified new glaucoma cases based on medication reimbursement certificates and hospital billing records. They analyzed the incidence rate ratios (IRR) with regression models adjusted for age, sex, hospital district, socioeconomic status, systemic medications and chronic diseases.

A total of 244,100 individuals met the study inclusion criteria. Of those, the researchers found that 1.1% developed OAG. The follow-up period for patients ranged from 2001 to 2017. When adjusted for confounding factors, the team found that DM was associated with a modestly reduced incidence of OAG (IRR, 0.92; 95% confidence interval, 0.85-0.99).

“As components of metabolic syndrome may have a compounding risk on developing OAG, it is plausible that a well-rounded diabetes treatment regimen can attenuate the risk of diseases with vascular pathophysiology, including glaucoma,” according to the researchers. “Such intermediary effects linked to DM could explain the lower OAG incidence associated with DM in our study as the impact of DM on OAG may vary by population and management of other vascular conditions.”

Limitations of the study included those inherent to the use of administrative medication data and inability to distinguish between primary open-angle, normal-tension and pseudoexfoliation glaucoma using register data. 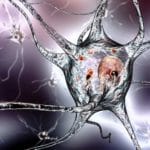