In a real-world setting, patients with diabetes have low-density lipoprotein cholesterol (LDL-C) levels below recommended treatment goals, but high-intensity statin treatment is frequently avoided, according to research results published in the European Journal of Clinical Investigation.

Using data from the EPHESUS registry, researchers compared data from patients with and without diabetes in order to gather insight into real-life management practices of patients with diabetes in terms of LDL-C goal attainment and lipid therapy recommendations.

Additionally, investigators evaluated results of a physician survey for each patient, where attending physicians were asked if the patient achieved the LDL-C target.

Of 1868 consecutively enrolled study, 47% (n=873) had diabetes. The majority of those without diabetes—91.6%—were in the secondary prevention group (n=911), which included patients with atherosclerotic cardiovascular disease, peripheral artery disease, or known CHD.

Statin adherence was higher in the secondary prevention group compared with the primary prevention group (n=388), which included patients at very high risk: adults with type 2 diabetes undergoing either pharmacologic or nonpharmacologic treatment with a major risk factor like smoking, hypertension, or hypercholesterolemia. Patients who did adhere to statin therapy generally had lower LDL-C levels, and the proportion of those who achieved LDL-C goals was higher vs nonadherent patients.

For patients with diabetes, cardiologists were most likely to initiate statin therapy (51.1%); the next most likely were internists (35.6%), family practitioners (3.9%), and neurologists (1.0%). Overall, though, 28.9% of patients (n=247) reported at least one past discontinuation of statin therapy—mostly commonly due to negative information about statins (32.1%), recommendations of physicians to stop lipid lowering treatment (29.6%), and achievement of target LDL-C levels (15%).

Reasons for not achieving LDL-C goals included a lack of prescribed statins (38%) and inadequate statin doses, due to either too low a dose or nonadherence (28.3%). Only 4.7% of physicians believed that the cause was nonadherence to healthy lifestyle measures.

Study limitations include the use and analysis of only a “snapshot” of patient characteristics, limiting the outcomes reflected including those for hyperlipidemia; the inclusion only of patients from cardiology outpatient clinics, limiting generalizability; and the use of a nonvalidated questionnaire.

“Based on real-life evaluation, diabetic patients in either primary or secondary prevention follow-up in cardiology outpatient clinics are far below the recommended LDL-C treatment goals,” the researchers wrote. “LDL-C targets were attained [by] only 15% of patients with [diabetes], which can be explained by poor adherence to statin therapy.”

“Negative media coverage about statins and physician recommendations were the major reasons for statin discontinuation [as well as] physicians and…cardiologists refrain[ing] from giving optimal doses of statins,” the researchers concluded. “Better educational awareness programs for both patients and physicians are urgently needed to emphasize the goals and importance of [lipid lowering treatment] including lifestyle modifications for this high-risk population.” 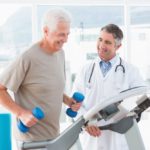