Woman who breastfeed may experience a significant long-term protective association between breastfeeding and the development of incident diabetes, regardless of factors such as metabolic status, obesity, and perinatal outcomes, with multiparous women at baseline experiencing the strongest association, according to a study published in JAMA Internal Medicine.

Researchers prospectively evaluated black (n=615) and white women (n=623) not diagnosed with diabetes at baseline and who had not given birth who were enrolled in the 30-year CARDIA (Coronary Artery Risk Development in Young Adults; Clinical Trials.gov identifier: NCT00005130) trial to examine the progression to diabetes in this group of women and its association with length of time breastfeeding.

During data analysis, researchers combined race and GD groups into a single Cox proportional hazards model in one analysis, and priori confounding variables were added in a second separate analysis. Both analyses still found that lactation duration was associated with a lower incidence of diabetes despite variables added (Ptrend <.001 and Ptrend =.01, respectively). Further, when time-dependent weight change was added, the protective association between lactation and incident diabetes was 25% to 47% lower (relative hazard 0.75-0.53; Ptrend =.01).

Researchers concluded that there was a strong association and an inverse relationship between lactation duration and incident diabetes in women of childbearing age. Further, women who breastfed for 6 months or more had a higher risk reduction (47%) compared with those who breastfed for less than 6 months (25%). The authors also suggested that these findings might have an impact on policy change to extend maternity leave and increase health care resource allocation to increase breastfeeding rates and duration. Clinicians should encourage mothers to breastfeed children for as long as they are able because of the significant benefits to both mother and baby that each successive month of breastfeeding provides. 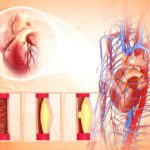