The increasing prevalence of type 2 diabetes (T2D) and prediabetes underscores the need for novel approaches to diabetes diagnosis, prevention, and treatment. In addition to organs with a well-established role in diabetes pathogenesis, a growing body of research highlights the important role of bone in glucose metabolism.1 In contrast to other affected organs, aerobic glycolysis is the primary pathway for glucose utilization in the skeleton.

The emerging evidence points to the “possibility that we can treat, prevent, and predict diabetes in humans by using ‘osteokines’ which are molecules derived from the bone that modulate various pathophysiological functions in other tissues,” wrote the authors of a 2018 review published in Diabetes, Obesity & Metabolism.1 Selected findings described in their paper are summarized below:

Endocrinology Advisor checked in with review co-author Jian-min Liu, PhD, of the Shanghai Clinical Center for Endocrine and Metabolic Diseases, to learn more about the link between bone and glucose metabolism.

Endocrinology Advisor: Overall, what is known about the relationship between bone and glucose metabolism?

Dr Liu: Mice studies have clearly demonstrated that osteocalcin, which is synthesized and released from bone, especially in its metabolic active form (undercarboxylated osteocalcin), can stimulate insulin secretion and improve insulin resistance. In addition, LCN2, another bone-derived factor, could inhibit appetite and reduce body weight.

It is also well recognized that in humans, serum osteocalcin levels have a positive relationship with fasting plasma glucose and HbA1c levels in patients with [type 1 diabetes], T2D, metabolic syndrome, [polycystic ovary syndrome], [gestational diabetes], and so on.

Endocrinology Advisor: What are the potential implications of such findings for diabetes prevention and treatment?

Dr Liu: Although lifestyle modifications including exercise and diet control are the main approaches to prevent diabetes, these endeavors are not easy for patients. Rodent studies have shown that osteocalcin improved muscle power and enhanced exercise capacity, while LPN2 acts as an appetite suppressor. Human studies have shown that with increasing age, both of these osteokines decrease. If we can improve the ability to exercise and reduce food intake with osteocalcin and LPN2, these would be helpful in preventing diabetes. However, there is much work to be done on these topics.

For diabetes treatment, the current medications focus on the 8 core pathophysiologic defects that comprise the “ominous octet.” However, bone is a missing piece in this area. Osteocalcin shows promise for diabetes treatment because of  its direct actions on pancreatic beta cells and the small intestine to stimulate insulin and [glucagon-like peptide-1] secretion, respectively.

Endocrinology Advisor: What should be the focus of future research on this topic?

Dr Liu: Although results are encouraging thus far, we are unclear on whether the results observed in mice could be extrapolated to humans. We need to prove, for example, that LPN2 could pass through the blood-brain barrier to exert its central anorexic effect in humans as it does in mice, and the antidiabetic efficacy of osteocalcin should be tested and confirmed in humans in clinical trials. Other bone-derived factors that could affect glucose metabolism should be also be explored, and the potential impact of anti-osteoporotic medications on glucose metabolism should be evaluated.

Edited and revised for clarity by Endocrinology Advisor. 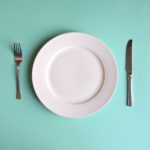 Periodic Fasting May Reduce Medication Use in T2D