Although statin therapy does significantly reduce the number of major vascular events regardless of patient age, there is less direct evidence of the benefits of statin therapy for patients >75 years old who do not already show evidence of occlusive vascular disease, according to meta-analysis results published in The Lancet.

This meta-analysis of all large statin trials (large defined as those recruiting at least 1000 participants with a treatment duration >2 years) evaluated the effects of statin therapy on major vascular events, cancer incidence, and cause-specific mortality as the risk ratio (RR) per 1.0 mmol/L reduction in low-density lipoprotein cholesterol (LDL-C) for 6 subdivided age groups: >75 years, 71-75 years, 66-70 years, 61-65 years, 56-60 years, and ≤55 years.

Proportional risk reductions in the different subgroups were assessed using standard χ2 tests for heterogeneity in 2 group comparisons or trend in studies with >2 groups.

At the time of randomization, 8% (14,483/186,854) of participants in the 28 included trials were >75 years old, and the median duration of follow-up was 4.9 years. A significant reduction in major vascular events was observed for all age groups.

The proportional reductions in any type of stroke did not significantly differ across age groups with statin therapy or a more intensive regimen of statin therapy (RR, 0.84; 95% CI, 0.80-0.89; P =.7). Similar proportional reductions in major vascular events were observed among patients with preexisting vascular disease regardless of age (P =.2), but reductions were smaller among older vs younger participants not known to have vascular disease (P =.05).

Statin therapy had no effect on cancer death or incidence or nonvascular mortality at any age.

Study investigators concluded that statin therapy does significantly reduce the rate of major vascular events in all age groups.

“There is less definitive direct evidence of benefit in the primary prevention setting among patients older than 75 years, but evidence supports the use of statin therapy in older people considered to have a sufficiently high risk of occlusive vascular events,” they concluded. 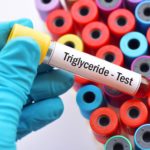