Using smartphones to study cardiovascular (CV) health and other behaviors is not only feasible but may also improve data collection and participant diversity and engagement, researchers reported in JAMA Cardiology.1

To facilitate clinical research and standardization of data collection, Apple Inc (Cupertino, California) launched an open-source framework in 2015.1 One of the apps for the framework—MyHeart Counts—is a CV health study administered entirely via smartphone.

Prospective participants downloaded MyHeart Counts from the app’s launch in March 2015 to October 2015. The app was free and available in the United States.

Health surveys on diet, well-being, risk perception, work-related and leisure-time physical activity, sleep, and CV health were included as study components for participants to complete. Demographic information, such as age, sex, and race/ethnicity, could also be self-reported.

Participants’ movement was also recorded via the phone’s motion coprocessor chip during the initial 7-day monitoring period. The low-power motion chip integrates signals, including triaxial accelerometer, gyroscope, compass, and barometer to gauge distance, along with the presence and modality of movement, such as stationary, walking, running, cycling, or driving.

After 7 days, individuals were asked to complete a self-administered 6-minute walk test that used a global positioning system-calibrated pedometer functionality. They also received daily reminders to complete surveys during the initial 7-day period.

The Heart Age Questionnaire, also made available after 7 days, required participants to enter lipid values and age 40 to 79 years. It was completed by 43.1% of participants, meaning that 2.7% of those who consented completed all fields necessary to calculate heart age and a 10-year risk score.1

Physical activity was detected for an average of 14.5% of participants’ total recorded time.1 Cluster analysis was performed to pinpoint patterns of physical activity.

The researchers found that the least active participants had an increased risk for chest pain, type 2 diabetes, cardiovascular disease (CVD), and joint pain.1 In contrast, “weekend warriors,” or those who were more active on the weekends than during weekdays, had a significantly lower risk for these conditions.1 Similarly, those who were less active overall but had more frequent changes from stationary to active and vice versa had better CV health than the least active participants.1

There was little association between participants’ perceived activity levels and risk and sensor-estimated activity or calculated CV risk.1

The researchers highlighted several limitations, including the fact that, while the demographics of the study population were comparable to those of typical smartphone users, young men were overrepresented.1 Further, not all participants carried their phones with them at all times, and the phones could not identify the cause for lack of inactivity.1 The researchers also noted that the step count algorithm for the 6-minute walk tests needs to be refined for accuracy.1

In an invited commentary, Bonnie Spring, PhD, Angela Pfammatter, PhD, and Nabil Alshurafa, PhD, all from the Northwestern University Feinberg School of Medicine in Chicago, placed the study findings in context.

Though successful as proof of concept, they explained, the results should still be interpreted with caution, as there are a number of unknown factors that may affect the amount of physical activity measured by the smartphone and how that may correlate with CVD.2

Ultimately, however, they noted that the study shows the promise of mobile technology use in research and clinical care.

“When accessed comprehensively, the dense continuous data transmitted by smartphones and wearable sensors create capabilities for health promotion intervention that have never previously existed,” they wrote.2

“For the first time, intervention can be adapted to offer help just in time when it is needed and when timing is optimal for the person to process treatment most effectively. In the brave new transdiscipline of mobile health, the future is now.”

Disclosures: Dr McConnell reported that he is on partial leave of absence from Stanford University and is an employee of Verily Life Sciences LLC. Dr Harrington reported being on the board of directors for Scanadu Inc (which is privately held) but reported receiving no consulting fees and having stock options with no current value. Dr Ashley reported that Samsung and Intel have provided small numbers of wearable devices for testing that were used for demonstration. No other disclosures were reported. Additionally, the Division of Cardiovascular Medicine, Department of Medicine, Stanford University, received in-kind (software development) support from Apple Inc. 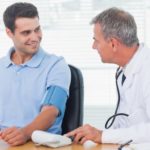