In individuals with type 2 diabetes (T2D), the risk for cardiovascular disease (CVD) is more than two times higher than that in individuals without T2D.1 Low concentrations of high-density lipoprotein cholesterol (HDL-C) (<40 mg/dL for men, <50 mg/dL for women) have been observed in approximately 50% of patients with T2D,2 and a substantial body of research has demonstrated an inverse association between HDL-C and CV risk.1 Thus, HDL-C has been cited as a potentially modifiable risk factor for CVD prevention in T2D.

While such findings have led to the prevailing view of HDL-C as “good cholesterol,” emerging research is challenging that notion. In clinical trials, HDL-increasing drugs have failed to show meaningful improvement in CV outcomes; studies involving cholesteryl ester transfer protein inhibitors, fibrates, and niacin have produced mixed results (negative, neutral, and small positive CV effects).3 In addition, no direct association was observed between genetically determined HDL-C levels and CV events in Mendelian randomization studies, and some research has found increased mortality in people with very high HDL-C concentrations.1

In light of these developments, “the good cholesterol label should be [recognized] as outdated,” according to a review published in The Lancet Diabetes & Endocrinology. “[I]t is time to consider how other aspects of HDL that are more causally linked to cardiovascular outcome could be assessed in a simple clinical test or developed for therapeutic gain. For now, in the absence of such a test, HDL cholesterol generally remains a useful component of primary cardiovascular disease risk prediction models, but it should no longer be labelled as good,”1 stated the review.

For additional discussion regarding the concept of “good cholesterol,” Endocrinology Advisor checked in with Amit Majithia, MD, assistant professor of medicine and pediatrics at the University of California, San Diego, and Renato Quispe Ayala, MD, resident physician at Johns Hopkins University School of Medicine in Baltimore, Maryland.

Endocrinology Advisor: What are your thoughts about the points made in this paper concerning the concept of “good cholesterol” and its usefulness in diabetes care?

Amit Majithia, MD: The idea of HDL as “good cholesterol” is a misleading oversimplification — a point well made by this review. What we have known for a long time is that people with and without diabetes who have higher levels of HDL are at lower risk for CV events, and vice versa. Along with the biologic work on HDL and reverse cholesterol transport (rCHT), this gave rise to a very simple, attractive hypothesis — that HDL could remove cholesterol from plaques and thus prevent CVD. However, multiple trials with drugs that function through distinct mechanisms, as reviewed in this article, have yielded negative or underwhelming results. Increasing HDL levels through inherited genetic variants also does not reduce CV risk.

In contrast, numerous drug trials have shown that lowering low-density lipoprotein cholesterol (LDL-C) by multiple drugs or inheriting genetic variants that lower LDL does protect people from CV disease.4 Thus, having high HDL indicates that an individual is in a “good” place with regard to CV risk, but HDL is not “good cholesterol” in the sense that using drugs or other treatments to raise it will change CV risk. With our current knowledge, HDL is more a biomarker like hemoglobin A1c (HbA1c) than LDL. HbA1c levels strongly predict the risk for diabetic complications, but HbA1c does not cause the diabetic complications. So, no one would suggest that directly lowering HbA1c — for example, through blood transfusions — would decrease the risk for diabetic complications.

Renato Quispe Ayala, MD: The review by Xiang and Kingwell1 can be summarized in three key points:

· HDL is a heterogeneous group of particles that contain different lipid species that cannot be measured accurately with the standard HDL-C test, which merely represents a snapshot of cholesterol concentration being transported by HDL particles at a given time.

· The way it is currently being used, HDL-C is intended to estimate the magnitude of all HDL functions such as rCHT. 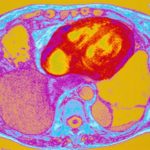