Short-term liraglutide was not found to be associated with improved left ventricular diastolic function, according to research published in Diabetes Obesity and Metabolism, suggesting that the cardioprotective effect is “not exerted through the improvement in diastolic dysfunction.”

Participants had type 2 diabetes and echocardiographic signs of diastolic dysfunction. The trial included 18 weeks of treatment with liraglutide, CMR evaluation at rest, and glycopyrrolate to induce chronotropic stress. Eligible adult patients were recruited from a single center in Denmark between 2016 and 2019.

Patients were randomly assigned to receive subcutaneous injections of either liraglutide 1.8 mg/d or placebo in a 1:1 fashion. Treatment began at 0.6 mg/d and increased first to 1.2 mg/d at 1 week and 1.8 mg/d after 2 more weeks. For patients who did not tolerate 1.8 mg/d, a maximum dosage of 1.2 mg/d was allowable.

A total of 40 patients were randomly assigned to 1 of 2 groups (n=20 each). More patients in the placebo group had ischemic heart disease (40% vs 5%). Liraglutide both lowered glycated hemoglobin (HbA1c) and induced weight loss of -2.9 kg. A larger increase in heart rate was noted in patients in the liraglutide group vs placebo (6.8/min). Ambulatory systolic and diastolic blood pressure were not significantly changed.

Only 16 myocardial perfusion reserve index (MPRI) scans were available for final analyses. There was a decrease in MPRI seen in both groups, with no significant difference noted after liraglutide therapy. There were also no liraglutide-related changes in aorta pulse wave velocity or distensibility.

Study results were limited by higher rates of ischemic heart disease in the placebo group, a “borderline significant” difference in lateral e´ at baseline, and the limited availability of perfusion images for analysis.“Short-term treatment over 18 weeks with liraglutide did not improve diastolic function in patients with type 2 diabetes and echocardiographic signs of diastolic dysfunction,” the researchers concluded. “This suggests that the cardioprotective effect observed in long-term studies of liraglutide is not related to the improvement in left ventricular diastolic function.” 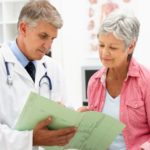