A majority of patients with no history of diabetes who were admitted to the hospital with acute myocardial infarction (AMI) had disturbed glucose metabolism, according to results of an observational cohort study, published in Cardiovascular Diabetology.

Patients (N=841) with AMI and no known history of diabetes admitted to the Department of Cardiology at Danderyd University Hospital in Sweden between 2006 and 2013 were included in this study. Screening for undiagnosed diabetes was performed by hemoglobin A1c (HbA1c) assessment and by an oral glucose tolerance test (OGTT) following an overnight fast. Clinical outcomes were assessed on the basis of glucose metabolism status.

The concurrence between HbA1c assay and OGTT was 62%.

Stratified by glycemic metabolism status, the composite endpoint of cardiovascular events occurred among 41.7% of the normal glucose, 43.7% of the prediabetes, and 46.1% of the diabetes cohorts.

The investigators assessed which cutoffs were best at predicting the composite cardiovascular outcome. For scenarios in which patients were separated into 3 categories (normal, prediabetes, or diabetes), the American Diabetes Association (ADA; <39 vs 39-47 vs ³48 mmol/mol) and World Health Organization (WHO; <42 vs 42-47 vs ³48 mmol/mol) cutoffs had similar performance.

This study may have been limited by not having access to data about changes to lifestyle, which could have altered the long-term trajectory of some patients.

The study authors concluded the majority of patients presenting with AMI who had no history of diabetes had dysglycemia, underscoring the importance of routinely screening these patients for glucose metabolism.

Disclosure: Some authors declared affiliations with biotech, pharmaceutical, and/or device companies. Please see the original reference for a full list of authors’ disclosures. 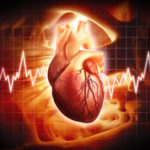