In women with antiretroviral therapy (ART)-treated HIV, there is a 3-fold increase in intramyocardial triglyceride content and reduced diastolic function, according to study results published in The Journal of Clinical Endocrinology & Metabolism.

Previous studies have shown a 4-fold increased risk for heart failure in ART-treated women with HIV, as well as increased cardiovascular and all-cause mortality rates in this population. In many cases, diastolic dysfunction in women with HIV antecedes clinical heart failure.

In the study, the researchers explored metabolic, hormonal, and immune parameters relating to diastolic dysfunction in women with HIV without prior cardiovascular disease (CVD).

The study included 19 ART-treated women with HIV aged 40 to 75 years without known CVD or diabetes, as well as 11 women without HIV matched for age and body mass index from the Greater Boston Area. All patients completed cardiac magnetic resonance spectroscopy and cardiac magnetic resonance imaging. The primary outcomes included intramyocardial triglyceride content and diastolic function in women with vs without HIV.

The researchers acknowledged several study limitations, including the small sample size, cross-sectional design, and possible inability to generalize these findings to women with HIV outside of the Greater Boston Area. 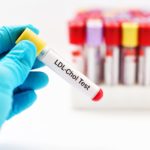