Low high-density lipoprotein cholesterol (HDL-C) can be used to monitor long-term average high triglycerides and remnant cholesterol, according to study results published in The Journal of Clinical Endocrinology & Metabolism.

Previous studies have reported an association between low HDL-C levels and increased cardiovascular risk. However, drugs that directly increase HDL-C have not been found to affect risk for cardiovascular events. On the basis of these findings, it is hypothesized that low HDL-C may be a marker for high triglycerides and remnant cholesterol, which are related to cardiovascular risk, but does not have a role in the process of atherosclerosis. In this study, researchers examined the usefulness of HDL-C in monitoring triglyceride and remnant cholesterol levels.

The study explored the interrelationship between levels of HDL-C and triglycerides using dynamic, short-term, and long-term designs. The study included 108,731 patients from the Copenhagen General Population Study in Denmark, 1313 individuals with blood samples taken at Copenhagen University Hospital and 10 simultaneous measurements of triglycerides and HDL-C, 305 individuals who underwent an oral fat load test, and 10,479 participants from the follow-up examination of the Copenhagen General Population Study with 2 lipid measurements 10 years apart.

In the 108,731 individuals from the general population, there was an inverse association between levels of HDL-C and triglycerides (R2=0.26) and remnant cholesterol (R2=0.26).

Across a short-term period after an oral fat load, median triglyceride level increased by 96%, “while HDL-C level decreased only 1%, suggesting that HDL-C is insensitive to triglycerides [in the short term],” the investigators noted.

The researchers noted that study had multiple limitations, including missing data on lipid-lowering therapy, a study population that included only white individuals, and limitations relating to the cut-points used in the study for high and low lipid levels. 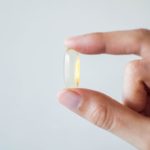