In this study, researchers randomly assigned 18,144 individuals who were stabilized after an acute coronary syndrome to receive simvastatin (40 mg/day) and either ezetimibe (10 mg/day) or a placebo. Follow-ups took place at 1 and 4 months into treatment and then every 4 months for a median of 6.6 years. During the trial, patients in both groups with low-density lipoprotein cholesterol readings >79 mg/dL on 2 successive measurements had simvastatin dosage increased to 80 mg/day. Disease event rates were expressed at 7 years.

Researchers concluded that “the addition of ezetimibe to simvastatin reduced [ischemic] risk compared with placebo, with consistent relative risk reductions in patients with and without polyvascular disease. By nature of their greater absolute risk, however, patients with polyvascular disease, and particularly those who also had concomitant type 2 diabetes, seemed to derive greater absolute benefit.”

The research group declared funding from drug companies. See reference for a full list of disclosures. 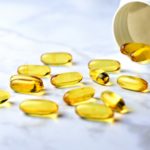