In a cohort of obese patients, bariatric surgery reduced long-term risk for microvascular complications in all subgroups, with the greatest reduction seen among those with prediabetes.

The researchers excluded 4 patients with suspected type 1 diabetes and 11 patients with unknown glycemic status at baseline, resulting in a final study population of 4032 patients. Overall, 2838 patients had normal blood glucose, 591 had prediabetes, 357 had established diabetes, and 246 had screen-detected diabetes.

For patients with prediabetes, surgery yielded a decreased incidence of microvascular events, regardless of whether they were diagnosed with diabetes during follow-up.

These results, the researchers wrote, show “that exposure to glucose concentrations that seem harmless in cross-sectional studies can cause significant damage if they persist over a long time. Our data suggest that prediabetes should be treated aggressively, rather than waiting until glucose concentrations reach the diagnostic range for diabetes.”

The researchers added that the development of effective, nonsurgical treatments with the aim of tackling prediabetes are needed. 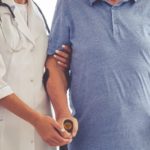