Frequently consuming artificially sweetened beverages (ASBs) is associated with an increased risk for stroke, coronary heart disease, and all-cause mortality in women, according to study results published in Stroke.

The study included participants from the Women’s Health Initiative Observational Study: postmenopausal women age 50 to 79 at baseline who enrolled between 1993 and 1998 (N = 81,714). Mean follow-up was 11.9 years. The study’s primary outcome was the association between self-reported consumption of ASB and stroke, coronary heart disease, and all-cause mortality.

In women who did not have a history of cardiovascular disease or diabetes mellitus, high ASB consumption was associated with a significant increase of small artery occlusion ischemic stroke (HR, 2.44).

Women with a body mass index ≥30 with high ASB consumption had a significantly increased risk for ischemic stroke (HR, 2.03).

“Because of the observational nature of the study, however, the possibility of residual confounding cannot be excluded,” the researchers wrote. “Future studies are needed to replicate the findings and to examine specific ASBs in relation to stroke and other outcomes to guide clinical recommendations.” 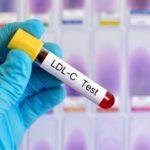