Total use of medications for treating osteoporosis in Denmark reached a plateau in 2014. This was a “real” occurrence and not a result of a shift from the use of oral bisphosphonates to hospital-administered parenteral formulations, reports a study published in Bone.

The use of osteoporosis treatments have stagnated or declined in much of Western Europe and the United States, although rates of hip fracture in women, and to a lesser extent in men, have been declining in several Western countries. The cause for this remains unclear, as decreasing or even stable fracture rates may indicate that medical treatment was successful in keeping the incidence of fractures under control, given the long residence of bisphosphonates.

A shift to use of nonbisphosphonates and to hospital-administered bisphosphonates could lead to overestimation of the treatment gap, noted the researchers, if analyses are based exclusively on prescriptions for oral bisphosphonates. In the current study, a best-case scenario was analyzed in which all use of bisphosphonates, denosumab, raloxifene, and parathyroid hormone analogs was contrasted with the trend in hip fracture rates from 2005 to 2015.

The proportion of intravenous or subcutaneous use of osteoporosis medication increased from 20% in 2005 to 35% in 2015; denosumab and intravenous bisphosphonates accounted for 17% and 18% of osteoporosis drugs use in 2015, respectively. In contrast, selective estrogen receptor modulator use declined dramatically: raloxifene accounted for 6.9% of use in 2005, but 0.5% in 2015. In Denmark, hip fracture rates declined by 30% during the study period, going from 5.5 to 4.0/1000 for the population aged ≥50 years. In addition, the total number of hip fractures decreased by 18% from 10,331 to 8497 during the 10-year period, whereas the population of individuals aged ≥50 increased from 1.9 million to 2.1 million.

The researchers point out that previous studies have suggested that this phenomenon is “mainly caused by a protective cohort effect specific to women born in the 1930s which will be followed by a return to higher age specific fracture rates, with the hip fracture burden further magnified by the increase in the number of the oldest old in Northern Europe and in the number of persons at high risk [for] fracture.”

Abrahamsen B, Skjødt MK, Vestergaard P. Hip fracture rates and time trends in use of anti-osteoporosis medications in Denmark for the period 2005 to 2015: missed opportunities in fracture prevention. Bone. 2018;120:476-481. 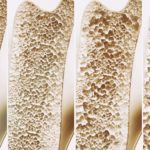