Results of a genome-wide association study identified a significant association between estradiol levels and bone mineral density (BMD) among both men and women. These findings were published in the Journal of Clinical Endocrinology and Metabolism.

Researchers from Uppsala University in Sweden sourced data from the United Kingdom biobank. Individuals (n=438,417; n=49,994) were recruited between 2006 and 2010 and were genotyped via 2 different arrays. Participants were measured for estradiol, and BMD was assessed by ultrasound of the calcaneus.

Some of the identified loci had previously been associated with estradiol metabolism, the adrenal gland, androgen receptor, testosterone catabolism, and sex hormones.

This study may have included some reverse causation, in which the outcome was affected by the exposure.

These data indicated there was a causal relationship between estradiol concentrations and BMD among men and women. 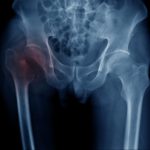