WASHINGTON, DC – Strict treatment for the prevention of bone mineral density (BMD) loss is needed in patients with epilepsy, according to data presented at the 2017 American Epilepsy Society Annual Meeting, December 1-5, 2017 in Washington, DC.

Researchers conducted a long-term follow-up study to determine whether BMD loss, osteoporosis, and fractures were successfully treated or prevented in an urban population of patients with epilepsy and reduced bone density.

The researchers analyzed information from a 2007 study conducted at Montefiore Medical Center’s Comprehensive Epilepsy Center and selected patients who had 2 dual-energy absorptiometry (DXA) scans that were performed at least 5 years apart.  They evaluated T-score values, antiepileptic drug (AED) use, and bone loss treatment.

“This observation is especially important as patients with epilepsy are at high risk for falls and trauma,” the researchers wrote. “These findings suggest the need for strict treatment algorithms for patients with epilepsy who present evidence of bone loss, particularly in the setting of AEDs known to decrease BMD.” 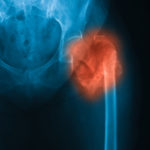