In patients with early and active rheumatoid arthritis (RA), treatment with prednisone or prednisolone does not adversely affect bone mineral density (BMD), according to results published in Bone.

The data suggest that the suppression of inflammation by glucocorticoids may counterbalance their adverse effects on bone remodeling.

The systematic literature review included 7 randomized, double-blind, placebo-controlled studies that included participants with RA, used prednisolone or prednisone as the intervention, and measured BMD at baseline and at least once during follow-up. The primary outcome was the mean change in BMD from baseline to follow-up; secondary outcomes included radiographic scores, RA disease activity indices, and fractures.

The researchers noted that concomitant treatment of RA and use of antiosteoporotic medication may have influenced the results. However, even after sensitivity analyses that excluded studies in which participants used either the most or the least potent concomitant RA treatment or used antiosteoporotic therapies, their estimated SMDs did not change.

Disclosures: AB, MT, ST and AdT have no disclosures. BL has received research funding to her institution from Novo Nordisk, Eli Lilly, and Orkla Health and served on advisory boards and speakers’ bureau for Merck, Amgen, Eli Lilly, and UCB. EMH has received fees for speaking and/or consulting from MSD, UCB, Sobi, and received research funding to Aarhus University Hospital from Roche and Novo Nordisk. AB, MT, ST, BL and EMH declare that they have no conflict of interest.

Blavnsfeldt A, de Thurah A, Dawn M, et al. The effect of glucocorticoids on bone mineral density in patients with rheumatoid arthritis: a systematic review and meta-analysis of randomized, controlled trials. Bone. 2018;114:172-180. 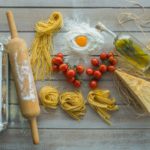