In addition to lower bone mineral density (BMD), both bone microarchitecture and strength are reduced in women living with HIV (WLWH), even after accounting for known risk factors for osteoporosis, according to study results published in Bone.

Most prior research has used dual-energy x-ray absorptiometry to assess bone health in WLWH, and therefore limited data are available from imaging tools that can quantify trabecular and cortical BMD, bone structure, and bone strength, such as peripheral quantitative computed tomography (pQCT) and high-resolution pQCT (HR-pQCT).

The goal of the current study was to assess and compare these 3-dimensional bone measures between WLWH and control individuals without HIV. In addition, the researchers investigated how HIV-related factors affected bone outcomes.

Data from the Children and Women: Antiretrovirals and Markers of Aging bone health substudy (CARMA-OSTEO) were used for the current cross-sectional study. Bone microarchitecture and strength and BMD were compared between 50 WLWH (mean age, 50.4 years; 44% postmenopausal) and 50 control women (mean age, 51.8 years; 52% postmenopausal).

Baseline characteristics were similar in WLWH and control women, including age, ethnicity, reproductive status, and lifetime fragility fractures. History of systemic steroid treatment was reported in 2 WLWH. All WLWH except for 1 were treated with combined antiretroviral therapy and most (80%) had undetectable HIV plasma viral load.

Among WLWH aged ≥50 years, but not in younger women, there was a positive association between years since HIV diagnosis and total hip T-score.

“[H]ealthcare providers should be aware of increased risk for osteoporosis and fragility fractures in WLWH, starting as early as age [40 years], and consider primary prevention strategies that have proven effective in the general population alongside HIV care,” concluded the researchers. 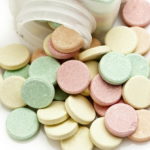