As physicians, we have an obligation to be vigilant and aggressive about treating osteoporosis – especially after a first fracture occurs – and to help patients make more informed decisions to prevent serious health consequences. Despite the severity and prevalence of osteoporosis, the aging population, and the scientific progress made over the past two decades in managing this disease, treatment rates have declined.1 Reasons for this include the misconceptions associated with osteoporosis, the silent nature of the disease in its early stages, and a delay in early intervention following seemingly insignificant fragility fractures.2-5

Traditionally, antiresorptive agents such as bisphosphonates have been used most often in the treatment of osteoporosis.6 However, treatment recommendations have usually not considered more long-term treatment paradigms or what an osteoporosis regimen looks like beyond five years of bisphosphonate use.6 Since osteoporosis is a chronic and progressive disease, treatment regimens need to consider long-term strategies and treatment sequences. With the armamentarium of effective treatments now available to us, including antiresorptive and anabolic agents, there is an opportunity to identify patients at various levels of risk for osteoporosis and tailor the most appropriate regimens to their needs.

Evaluating a patient’s risk for osteoporosis is the first step in determining the most appropriate sequence of treatment. Genetics, estrogen deficiency during menopause, aging and, to a large extent, underlying chronic diseases are recognized uncontrollable risk factors. However, lifestyle factors, such as suboptimal nutrition and exercise, and high-risk behaviors, such as smoking and excessive alcohol consumption, play a role as well.7 Additionally, anyone with postmenopausal osteoporosis who has had a fragility fracture is at particularly high risk for a subsequent fracture in the first few years after the first incident event, making it critical that detection and intervention begin early.8 One particular challenge is that vertebral fractures frequently occur without clear symptoms and often go unrecognized for years. Nevertheless, they are indicative of skeletal fragility and are predictive of future risk of fractures both of the vertebrae and the rest of the skeleton.

Once a patient’s risk is determined, they should be placed on the treatment regimen most appropriate for them. For years, we have tended to treat osteoporotic patients with a history of osteoporosis-related fracture by initiating antiresorptive agents, such as a bisphosphonate, to prevent further bone loss, followed by an anabolic agent if they have a suboptimal response on the antiresorptive – for example, if they have another fracture.9 However, research has shown that we can treat certain patients well by turning the treatment paradigm around.

Clinical data are now available that substantiate the benefit of initiating an anabolic agent – which can help reduce fracture risk at 18 months – earlier in the treatment cascade, followed by antiresorptive agents.10 Furthermore, continued fracture reduction has been seen in patients originally randomized to anabolic therapy during the subsequent antiresorptive period where all patients receive active therapy. For example, in the ACTIVExtend trial, patients randomized to either abaloparatide or placebo for 18 months were then transitioned to alendronate for two more years. Patients who received this sequential therapy demonstrated statistically significant fracture risk reductions after the first six months of alendronate treatment and at the end of the 43-month treatment sequence (all patients were on treatment with alendronate for the last 24 months of this period).10

Science supports a shift in our standard approach to osteoporosis treatment. Rather than fitting all patients into one regimen, it is time to carefully assess patients individually to determine their risk of fracture and customize the approach to care. For example, in patients at high risk for fracture, it is time to consider anabolic agents as first-line therapies, with subsequent antiresorptive agents to help maintain benefits.

Orthostatic Hypotension: Orthostatic hypotension may occur with TYMLOS, typically within 4 hours of injection. Associated symptoms may include dizziness, palpitations, tachycardia or nausea, and may resolve by having the patient lie down. For the first several doses, TYMLOS should be administered where the patient can sit or lie down if necessary.

Limitations of Use
Because of the unknown relevance of the rodent osteosarcoma findings to humans, cumulative use of TYMLOS and parathyroid hormone analogs (e.g., teriparatide) for more than 2 years during a patient’s lifetime is not recommended.

Felicia Cosman, MD, is an osteoporosis specialist and clinical scientist at Helen Hayes Hospital in West Haverstraw, New York. She is also professor of medicine at Columbia University College of Physicians and Surgeons in New York. She serves as editor-in-chief of the National Osteoporosis Foundation’s (NOF) publication, Osteoporosis International, and was co-editor of Osteoporosis: An Evidence Based Approach to the Prevention of Fractures. Dr Cosman is a graduate of Cornell University and Stony Brook Medical School. She received her internal medicine training and completed her endocrinology fellowship at Columbia Presbyterian Medical Center in New York.

TYMLOS is a trademark of Radius Health, Inc. 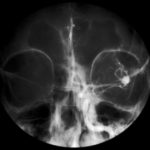