Raloxifene is a U.S. Food and Drug Administration (FDA)-approved treatment for decreasing fracture risk in osteoporosis. While raloxifene is as effective at reducing fracture risk as other current treatments, this works only partially by suppressing bone loss. Burr of Indiana University School of Medicine and lead author of the Bone article on this research. 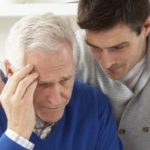