Resistance training, whole body vibration, and use of spinal orthoses resulted in  significant improvements in musculoskeletal performance in in older men at risk for osteoporosis and sarcopenia, according to findings published in Bone Reports.

Subgroup analyses revealed that these simple exercise interventions had pronounced beneficial effects in the most vulnerable patient populations, specifically in men ≥ 80 years old, those with pre-sarcopenia, and those with multiple at least three chronic diseases. .

Study limitations included the small sample size, the piloting nature of the study, and heterogeneity in baseline data. The researchers also note that the enrolled patients’ motivation to voluntarily participate in an active exercise program such as this study was low.

“We found that exercise interventions are safe and feasible in elderly men, eliciting specific benefits, and that improvements are attained in those parameters addressed with the repetitive exercise modality,” the researchers concluded. 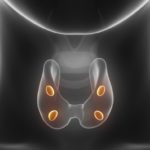