The researchers sought to examine whether cumulative RA disease activity was linked to BMD.

The primary study outcome was femoral neck BMD (g/cm2), which was evaluated using multivariable linear regression. The femoral neck was selected as the site for assessment because it is typically the least affected by degenerative changes compared with the lumbar spine and the total hip site.

To maximize the observation time for each participant, the most recent dual-energy x-ray absorptiometry (DXA) scan was used for the study. Sensitivity analyses were conducted that substituted low clinical disease activity index (CDAI; ie, <10) for the disease activity measure, as well as total hip and lumbar spine BMD as outcome measures.

Data from the University of California, San Francisco (UCSF) RA Cohort were analyzed between 2006 and 2018. The UCSF RA cohort has 2 clinical sites — the university and the safety-net hospital clinic.

Participants with available BMD data and at least 2 study visits prior to BMD measurement were included in the study. A total of 161 participants with RA were evaluated, 39 of whom were categorized into the low disease activity group and 122 into the moderate to high disease activity group. The average participant age at the time of BMD measurement was 62.4±10.2 years; 88% of the participants were women. Overall, 45% of the individuals identified as being Hispanic/Latinx, followed by 37% as Asian, and 18% as being of another ethnicity/race. On average, participants’ RA duration was 10.5±7.3 years; 83% of patients tested positive for anticitrullinated protein antibody (ACPA).

Results of the study showed that low vs moderate/high disease activity was independently associated with higher femoral neck BMD (95% CI, 0.021-0.122; P =.020). Similar results were reported when cumulative low CDAI and other BMD sites were evaluated.

The study had some limitations. Although all predictors were measured prior to the DXA exam, it was not known if the timing or rate of BMD loss may have been present before BMD evaluation; thus, only associations, rather than causation, could be assessed. In addition, the study cohort was an observational cohort, which is prone to missing data, periods of loss to follow-up, and unmeasured confounders.

The researchers noted that these data reinforce evidence in favor of individualized risk stratification for osteoporosis screening and treatment in patients with RA. The study findings also support the recommendation of the American College of Rheumatology (ACR) with regard to a treat-to-target approach for low disease activity in patients with RA to reduce their risk for osteoporosis.

The researchers concluded, “We believe our data, along with prior studies, may be used to inform future RA practice guidelines in which treatment recommendations focus not only on decreasing RA disease burden but also on the prevention of important RA comorbidities such as cardiovascular disease, cancer and osteoporosis.” 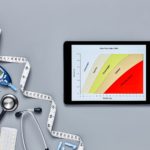