Vertebral facture assessment (VFA) of acute fractures using dual-energy X-ray absorptiometry (DXA) was not superior to VFA assessed by lateral X-ray, according to a follow-up study of fracture risk in patients with normal bone mineral density (BMD). The results of the study were presented at Clinical Osteoporosis 2017: A Joint ISCD/NOF Symposium, April 20-22, Orlando, Florida.

Jay Ginther, MD, director of the Cedar Valley Bone Health Institute in Waterloo, Iowa, and colleagues examined a previously studied cohort of 1259 patients who underwent VFA using DXA to identify those who had increased fracture risk. The study aimed to determine whether VFA via DXA was superior in diagnosing acute vertebral fractures from those diagnosed as age-related kyphosis in patients with normal bone mineral density.

Dr Ginther and colleagues identified 79 patients with normal bone mineral density and a clinical diagnosis of osteoporosis who underwent VFA; 7 of the patients underwent VFA via lateral X-ray because of high body mass index, whereas the rest had VFA evaluated by DXA.

“We can infer that the majority of wedge deformities would have shown acute or remodeling anterior cortex fracture deformities, if we had obtained lateral x-rays on all patients,” the investigators note. “[We] believe that the extra cost and radiation exposure cannot be justified. Therefore, we suggest that all wedge deformities be considered the result of fracture.” 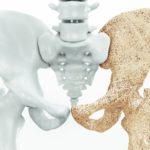