Risk for atypical femur fracture was found to increase with longer duration of bisphosphonate use in women with osteoporosis, according to study results published in the New England Journal of Medicine. However, researchers noted the absolute risk for atypical femur fractures vs reductions in hip and osteoporotic fractures was low with bisphosphonate treatment.

The current prospective cohort study enrolled women aged ≥50 years who were members of the Kaiser Permanente Southern California healthcare system. Women who had received at least 1 prescription for oral or intravenous bisphosphonate for osteoporosis were eligible for inclusion in the study. The follow-up period was from January 1, 2007 to November 30, 2017. Demographic and clinical factors were extracted from electronic health records. The primary outcome was atypical femur fracture. Multivariable Cox models, which included risk factors with P <.2, were used to compare categories of duration of bisphosphonate use. The risk-benefit profile of bisphosphonates was modeled by comparing the number of bisphosphonate-associated atypical fractures to the number of other fractures prevented over 1 to 10 years of bisphosphonate use. The number of hypothetically prevented fractures was extrapolated using osteoporotic fracture rates from an untreated cohort from the Study of Osteoporotic Fractures. Risk-benefit calculations were stratified by race/ethnicity.

Study limitations included the fact that since alendronate accounted for the majority of bisphosphonate treatment, the findings could not be extended to other medications and formulations, the limitation of the assessment of covariates to the Kaiser Permanente membership period, and that the risk-benefit comparison was only based on numbers of fractures.

“The absolute risk [for] atypical femur fracture remained very low as compared with reductions in the risk [for] hip and other fractures with bisphosphonate treatment,” the investigators concluded. “[A]lthough the risk-benefit balance appeared less favorable for Asian women.” 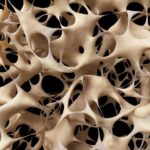