SEATTLE — Patients with type 2 diabetes may be at higher risk for fracture than is suggested by thresholds determined by the Fracture Risk Assessment Tool (FRAX), according to some experts.

William Leslie, MD, who spoke on the topic at the American Society for Bone and Mineral (ASBMR) 2015 Annual Meeting, and colleagues have been looking at the use of FRAX in patients with diabetes and found that clinicians may need to make adjustments in determining thresholds for fracture risk in this patient population.

“Those with types 2 diabetes have higher-than-average bone density, but that bone density is not as protective as thought, and [these patients] still have an increased risk of fractures that is not explained by higher bone density. You are not as protected as you think,” said Dr Leslie, who is a professor of medicine and radiology at the University of Manitoba in Winnipeg, Canada.

During his presentation, Dr Leslie noted that clinicians need to be aware of steps that may be beneficial when using FRAX in patients with type 2 diabetes.

FRAX, which was developed by the World Health Organization (WHO) task force in 2008, accounts for age, sex, height, and prior fracture history as well as glucocorticoid use and several other key factors. It is designed to be a prediction tool for assessing a patient’s risk for fracture in order to provide general clinical guidance for treatment decisions, according to the American College of Rheumatology (ACR).

FRAX uses the bone mineral density (BMD) at the femoral neck along with other validated clinical risk factors to estimate risk for and probability of fracture in the next 10 years in untreated patients aged 40 to 90 years.

Dr Leslie said FRAX is an excellent tool for the general population, with studies having validated its utility in obese and nonobese patients.

“The message is that the most commonly used fracture calculation FRAX score performs well in the obese populations. There are some concerns, but for the most common types of fractures, the FRAX tool still provides a good description of that individual’s fracture risk, and it really works well in the underweight, normal-weight, and overweight individuals,” Dr Leslie said in an interview with Endocrinology Advisor. “Where it underestimates risk is the group with diabetes.”

There are several ways a clinician can correct for this underestimation of risk, according to Dr Leslie. Specifically, he recommends use of the trabecular bone score (TBS). He also suggests using type 2 diabetes as a proxy or a replacement for rheumatoid arthritis as an input into the formula.

“These two tools can be used to improve the performance of the FRAX prediction tool, and we have found that they work very well in individuals with type 2 diabetes,” said Dr Leslie.

Obesity is not a risk factor for most osteoporotic fractures, but it is not as protective as expected for higher BMIs, he explained.

Dr Leslie said clinicians need to be aware that there are limitations when factoring BMI and that lean mass exerts a greater effect on BMD than fat mass. He referred to this as “a tale of two tissues,” explaining that despite predictions of higher fracture risk, greater fat mass does not appear to be associated with an observed increase in fractures.

Dr Leslie said FRAX was able to predict fractures and was not affected by variations in body composition. 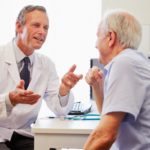