A recent major osteoporotic fracture (MOF) in women aged <65 years is associated with an increased risk for another MOF for up to 10 years, with the first 2 years following the initial fracture presenting the highest risk. The results were published in the Journal of Bone and Mineral Research.

Investigators sought to determine the effect of previous fracture, according to recent (<2 years) and remote (≥2 years) incidence, and fracture site on incident fracture risk predictions using the Fracture Risk Assessment Tool (FRAX®) which can estimate the 10-year fracture probability for MOF.

Eligible participants were women aged ≥40 years with baseline dual-energy x-ray absorptiometry (DXA) scans from January 1, 1996, to March 31, 2016. Participants had ≥5 years of coverage before and ≥2 years of observation, with a maximum of 10 years. Data were obtained from the Manitoba Bone Mineral Density (BMD) Program registry.

A comparison of the observed 10-year fracture probability with FRAX-predicted probability showed good calibration, according to the study authors. An effect of fracture within the previous 2 years was found after a vertebral fracture in women aged <65 years (calibration ratio 1.61; 95% CI, 1.18-2.04) and after a humerus fracture (calibration ratio 1.48; 95% CI, 1.05-1.92), which investigators said was an indication that FRAX underestimated the true fracture probability. However, FRAX did not significantly underestimate MOF probability in any analysis in women aged ≥65 years.

Study limitations acknowledged by the investigators included the possibility of early same-site fractures (within 3-6 months) being excluded from the study, and lifestyle factors could not be assessed. Additionally, the Manitoba BMD Registry population is almost exclusively (>97%) White and the analysis was in women only, therefore the results may not apply to other ethnicities or men.

The investigators concluded the risk of MOF and hip re-fracture remained elevated over 10 years. “Our findings present further evidence for the excess fracture risk associated with recent fracture,” stated the researchers, noting this effect was not consistent across fracture sites.

“A first fracture should continue to be regarded as a major risk factor for a second fracture and calls for a thorough clinical evaluation and appropriate initiation of nonpharmacologic interventions, medications, and falls prevention to reduce that risk,” they said.

Disclosure: Some of the study authors declared affiliations with biotech, pharmaceutical, and/or device companies. Please see the original reference for a full list of authors’ disclosures. 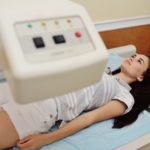