Fracture and mortality risk are not significantly different between periods of ongoing bisphosphonate (BP) treatment and BP holidays, according to study results published in Bone.

To reduce the risk for adverse events in long-term BP treatment, a drug holiday with periodic reassessments may be considered. However, the risks and benefits associated with BP holidays need to be evaluated further.

In a prospective observational study of 1973 patients (96.60% women) with prior BP treatment, investigators aimed to compare the risk for fracture and mortality associated with BP holiday and ongoing BP use.

Patients included in the analysis had been treated with BPs for ≥4 years and for ≥80% of the preceding 4 years. Baseline fracture risk was determined from referring clinicians and follow-up information was obtained periodically over 24 months after recruitment.

Outcomes of interest included incident major osteoporotic fractures, any clinical osteoporotic fracture, clinical osteoporotic vertebral fractures, and death. Outcomes were analyzed either according to treatment status at 3 months or using time-dependent treatment variables. Temporal changes in fracture risk during BP holiday were evaluated by comparing 3 increasing levels of simple moving averages of BP treatment (BP-SMA) during the preceding 12 months (0%, >0% to <50%, and ≥50%). The 3 BP-SMA levels roughly corresponded to the time since the start of BP holiday (≤6 months, >6 to ≤12 months, and >12 months, respectively).

The mortality rate was lower but not significantly different in the BP holiday group compared with the ongoing BP group, even after adjusting for length of treatment.

Atypical femoral fracture and osteonecrosis of the jaw, which represent rare but serious adverse effects related to long-term BP treatment, occurred in 2 and 3 participants, respectively.

The researchers noted that the small size of the study represented a limitation and prevented the identification of statistically significant relationships. In addition, treatment and fracture status were assessed by interview rather than medical records, which may have resulted in missing confounding factors, such as initiation of menopausal hormone therapy.

“Fracture risk and mortality in patients with preceding BP treatment did not significantly differ between BP holidays and ongoing BP use for an observation period up to 25 months,” the study authors concluded. However, given the observation that fracture risk increased in patients with higher BP-SMA levels within the backdrop of a prevalent vertebral fracture, they noted that “[t]he presence of a [prevalent vertebral fracture] may increase the relative risk of [major osteoporotic fractures] associated with a longer BP holiday.”

Disclosures: Dr Pfeilschifter and Dr Steinebach report affiliations with the pharmaceutical industry. Please see the original reference for a full list of disclosures. 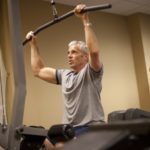