Greater alcohol consumption is associated with lower serum bone formation markers in patients living with HIV (PLWHIV) with substance use disorder, according to study results published in Alcoholism: Clinical and Experimental Research.

Previous studies have established that low bone mass is common and fracture risk is increased for PLWHIV. Several factors may contribute to the low bone density, including the effect of HIV itself, low body mass index, hypogonadism, liver disease, and smoking and alcohol consumption.

As limited data are available on alcohol consumption and bone turnover markers, the goal of the current study was to investigate the association between alcohol consumption and bone turnover markers, specifically serum C-terminal telopeptide of type 1 collagen (CTX) and procollagen type 1 N-terminal propeptide (P1NP), in PLWHIV with substance use disorder.

The study cohort included 233 patients, and after exclusion of 35 due to fracture in the preceding year or missing data, the final sample was 198 individuals (median age, 50 years; 38% women). Almost all patients (93%) were prescribed antiretroviral medication, and most (72%) had HIV viral load suppression.

Approximately half (48%) of the study cohort met criteria for both current alcohol and drug dependence. At baseline and 12-month follow-up, the mean daily number of drinks was 1.93 and 1.51, respectively; mean number of heavy drinking days was 4.65 and 3.25, respectively.

There was a significant association between a phosphatidylethanol level ≥8 ng/mL and lower P1NP. In addition, an increase in mean drinks per day over 12 months was associated with a nonsignificant decrease in bone formation (β=-1.14; 95% CI, -2.40 to 0.12; P =.08 per each additional drink).

As for the effect of change in alcohol consumption over time, the researchers reported that neither change in the number of heavy drinking days nor change in whether a participant had alcohol use on ≥20 days in a month was significantly associated with bone formation.

There were no significant associations between alcohol consumption and bone resorption.

The researchers acknowledged several study limitations, including that alcohol use was measured only during the 30 days before each study interview and not throughout the follow-up. Data were also missing on nadir CD4 levels and other markers to assess bone formation, and there was no HIV-uninfected comparator group.

“Information about low [bone turnover markers] may provide motivation for [PLWHIV] to reduce alcohol use and mitigate risks related to abnormal bone metabolism,” concluded the researchers. 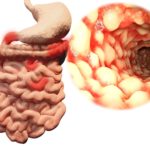