An increased risk for systemic lupus erythematosus (SLE) was found among patients with endometriosis, according to study results published in Scientific Reports.

Recent studies have demonstrated a higher prevalence of allergies and autoimmune diseases among patients with endometriosis. Researchers of the current nationwide, population-based, retrospective cohort study sought to examine the association between endometriosis and risk for SLE.

They used data from Taiwan’s National Health Insurance Research Database (NHIRD), which was established by the National Health Insurance (NHI) program. The Longitudinal Health Insurance Database served as the dataset for the study cohort, yielding a sample of 1 million participants from 23 million beneficiaries of the NHIRD. The index date of the cohort was the date of the initial endometriosis diagnosis, with the outcome measurement being the diagnosis of SLE and use of hydroxychloroquine for 1 year. The study endpoint was the occurrence of SLE or withdrawal from the NHI program, whichever occurred first.

Results of the study revealed that individuals in the endometriosis vs nonendometriosis group had a significantly higher incidence density rate of SLE (0.3 vs 0.1 per 1000 person-years) and adjusted hazard ratio (aHR, 2.37; 95% CI, 1.35-4.14). Researchers did not observe any significant effects of age, hypertension, chronic liver disease, uses of corticosteroids, NSAIDs, and hormonal medications in the HR/aHR of SLE. They observed a similar association in the sensitivity analysis, with a significantly higher aHR for SLE among patients with laparoscopically diagnosed endometriosis (aHR, 4.74; 95% CI, 1.07-20.93). 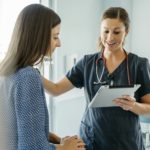