Long-term weight and metabolic health may not be influenced by metformin use during pregnancy in women with polycystic ovary syndrome (PCOS), according to a study published in the Journal of Clinical Endocrinology.

Researchers conducted a follow-up study of a randomized controlled trial comparing metformin with placebo in women diagnosed with PCOS. In the original trial, metformin 2000 mg or placebo was initiated during the first trimester of pregnancy and continued to delivery in an effort to determine whether metformin could reduce pregnancy complications.

A total of 131 women (55%) from the 239 women included in the original study participated in this follow-up study. The prevalence of metabolic syndrome, type 2 diabetes, hypertension, coronary heart disease, and depression were comparable between both groups.

Clinicians can take these long-term findings into consideration when prescribing metformin to women during pregnancy who have been diagnosed with PCOS. 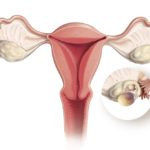