Among women who return to using assisted reproductive therapy (ART) for a second child, live birth rates are higher in younger women and those who recommence treatment with a frozen embryo, according to study results published in Human Reproduction.

The success of ART with regard to the first live baby born has been characterized, but it remains unclear what parents can anticipate when returning to the use of ART for conception of a second child. Using data from the Australian and New Zealand Assisted Reproduction Database (ANZARD), investigators aimed to identify factors associated with returning to the use of ART for a second child and calculated the cycle-specific and cumulative live birth rates.

The researchers examined 35,290 women who underwent successful autologous ART and followed them for up to 7 years postbirth. Within this time frame, approximately 43% of women returned to treatment for a second child, 95% of whom did so within 3 years of the first baby’s birth.

Women who took >1 cycle of ART to achieve their first live birth were more likely to return to using ART for a subsequent child (3 vs 1 complete cycle to achieve: odds ratio [OR], 1.20; 95% CI, 1.10-1.31). Women who returned to using ART were also more likely to have a higher number of oocytes retrieved in the cycle that achieved the first live birth and 73% of women started subsequent treatment with a surplus frozen embryo from the cycle that resulted in their first ART-conceived live birth.

The live birth rate in the first cycle was higher for women who used surplus frozen embryos (43.4%) compared with fresh embryos (31.3%). This trend was observed across all cycles, up to 6 cycles. The cumulative live birth rate was between 60.1% (conservative estimate) and 81.4% (optimal estimate) after the third cycle for women who recommenced with a frozen embryo (weighted estimate, 79.9%). For women who underwent a new ovarian stimulation cycle, the cumulative live birth rate was between 47.1% and 56.4% (weighted estimate, 53.7%) over the same period.

The researchers noted that the present study did not account for a variety of factors that affect ART success, including duration of infertility, body mass index, and ovarian reserve.

“Most couples desire more than one child to complete their family,” the study authors concluded. “These age-specific optimal and conservative success rates can facilitate individualized [counseling] for the large number of patients hoping to achieve a second ART-conceived child.”

Disclosure: Dr Lieberman and Dr Venetis report affiliations with the pharmaceutical industry. Please see the original reference for a full list of disclosures. 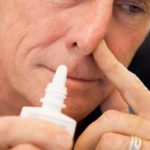