It is well established that men overall have a competitive advantage over women in athletics. Sporting events that rely on strength, endurance, and speed favor men’s athleticism over women’s physical abilities.1

High-profile cases of female runners Dutee Chand of India and Caster Semenya of South Africa have brought to light the nuances of how the sexes are classified for elite athletic competition.2,3 Women with high testosterone levels do tend to significantly outperform women with lower free testosterone (fT) concentrations in track and field events such as sprints, jumping, and throwing.4 The International Association of Athletic Federations (IAAF) recognizes that women who identify as female yet have difference of sex development (DSD) have the same advantages that men would have competing with women. To ensure fair competition in women’s sports, the IAAF now requires elite women athletes with DSD to lower their testosterone levels.3

In May 2019, the Court of Arbitration for Sport (CAS) ruled that the IAAF, the governing organization of elite athletes, can bar women who have high levels of fT outside the normal 0.06 to 1.68 nmol/L range.3 The ruling is controversial because the evidence presented does not prove causality for the athletic advantage in women with DSD.2

“Due to the very recent rule introduced by IAAF and endorsed by the CAS, such an athlete will be limited in the international sports that she wishes to compete in unless she is prepared to take medication or have surgery to lower her testosterone level to below 5 nmol/L,” said endocrinologist Peter Sönksen, OBE, MD, FRCP, FFSEM, emeritus professor at St Thomas’ Hospital and King’s College London, in the United Kingdom.

Elite female athletes who have DSD who wish to compete internationally are now required to lower their circulating testosterone to <5 nmol/L by either:

Part of the evidence for the CAS’s decision stems from a study by Stéphane Bermon, MD, PhD, from the Université Côte d’Azur, Nice, France, and colleagues who sought to determine how hormones affected the performance of track and field athletes competing in the World Championships in South Korea and Russia in 2011 and 2013, respectively.4 Although the researchers measured several androgen levels, the main analysis was performed on fT.4

There were a total of 2127 observations included in the study. In female athletes, there was no association between the type of sporting event and fT levels.4 Male sprinters, however, tended to have higher fT than men competing in other track and field events.4 Male throwers were more likely to have significantly lower testosterone and sex hormone-binding globulin compared with all other track and field competitors (P <.05).4 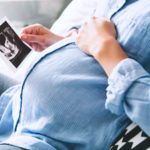