(HealthDay News) — More than half of women experience menopause-related hot flashes and night sweats for 7 years or more, according to research published in JAMA Internal Medicine.

Nancy Avis, PhD, a professor of social sciences and health policy at the Wake Forest School of Medicine in Winston-Salem, North Carolina, and colleagues collected data on 1,449 women who took part in the Study of Women’s Health Across the Nation (SWAN) from February 1996 through April 2013. All reported having frequent hot flashes and night sweats for at least 6 days in the past 2 weeks.

The researchers found that, on average, these symptoms lasted for 7.4 years, but in general, the earlier symptoms started, the longer they continued.

Race and ethnicity seemed to have some bearing on symptom duration. Black women reported the longest duration of symptoms — 10.1 years. Japanese and Chinese women suffered the shortest length of time — 4.8 and 5.4 years, respectively. Among white women, 6.5 years was the midpoint, and among Hispanic women, it was 8.9 years.

“Women should not be surprised if their hot flashes last a number of years,” Avis told HealthDay.

In an invited commentary, Gloria Richard-Davis, MD, of the University of Arkansas Medical Sciences in Little Rock, and JoAnn E. Manson, MD, DrPH, of Brigham and Women’s Hospital and Harvard Medical School in Boston, discussed the study’s findings.

“The study by Avis et al contributes important information to facilitate a more personalized and informed approach to decision making and clinical care for midlife women,” they wrote.

“The good news is that women now have more options for managing [vasomotor symptoms] and more opportunities for shared decision making with their health care professionals. Continued research in this area holds promise for further advances that will guide future care of women experiencing [vasomotor symptoms].”

Menopause Vasomotor Symptoms
Next post in Androgen and Reproductive Disorders 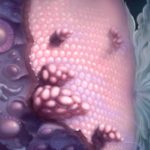