New research in mice suggests that ectopic endometrial cells can migrate to the brain, causing endometriosis of the brain and endothelial cells.

The results were presented at the American Society for Reproductive Medicine (ASRM) Annual Meeting in Baltimore.

According to study investigator Elham N. Samani, MD, of Yale School of Medicine in New Haven, Connecticut, endometriosis is a common disease affecting approximately 10% of women of reproductive age.

“While it is most commonly found in the pelvis, it occasionally occurs in areas outside of the abdomen, including the brain,” Dr Samani said in an interview. “We wanted to determine if cells from endometriosis could travel to remote organs, such as the brain.”

According to results, immunofluorescence straining showed that the majority of C57BL6 mice brains had DsRed positive cells. The researchers also found that CD31+DsRed+ was present in the experimental endometriosis mice, indicating incorporation of endometrial cells into vessels.

“We concluded that cells from endometriosis can migrate to the brain,” Dr Samani said. “The presence of ectopic endometrial cells in all experimental mice suggests that migration of endometriosis to distant organs may be common and clinically unrecognized.”

Dr Samani added that endometriosis has widespread and systemic manifestation, and its extent is much more than what is seen (eg, pelvic cavity lesions).

James S. Segars, MD, president of the Society for Reproductive Endocrinology and Infertility, an ASRM affiliate, said in a press release that this experiment shows how extensively endometriosis may infiltrate the body.

“In addition to impairing fertility, the disease can be debilitatingly painful and is difficult to treat,” Dr Segars said. “We hope through more research like this to learn more about the development and progress of endometriosis, so we can provide more effective treatment to our patients.” 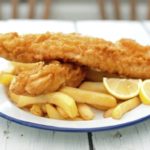