A synopsis of the new Endocrine Society guidelines for endocrine treatment of people with gender incongruence or gender dysphoria has been published in JAMA.1 These guidelines provide an update to previously released 2009 guidelines.

Approximately 1 million people — or 0.4% of the US population — are transgender.2 Lifetime suicide attempt rates among this population are 40%.3 Research has shown that gender-affirming medical or surgical care can reduce gender dysphoria-associated psychological morbidity and that following medical interventions, transgender adolescents report feeling “well-adjusted and satisfied, with well-being scores that surpassed their peers.”1,4,5

An Endocrine Society task force provided 28 recommendations focused on social transition and use of gonadotropin-releasing hormone (GnRH) agonists for prepubertal and pubertal children, gender-affirming hormone therapy for both pediatric and adult patients, surgery, and both primary care and preventive health.

Below is a summary of the major recommendations.

1. Clinicians should confirm a diagnosis of either gender dysphoria or gender incongruence prior to initiating gender-affirming hormone therapy (strong recommendation; moderate evidence).

2. Medical conditions that may be exacerbated by both hormone depletion and sex hormone treatment should be addressed before treatment is begun (strong recommendation; moderate evidence).

3. Patients should receive counseling about options for fertility before puberty-suppression and hormone therapy is initiated (strong recommendation; moderate evidence).

5. Adolescents may begin hormone therapy following confirmation of persistent gender dysphoria or gender incongruence and the mental capacity to give informed consent by a multidisciplinary team of medical and mental health professionals (strong recommendation; low evidence).

6. Hormone-treated transgender individuals should be referred for genital surgery when the following conditions are met: the individual has satisfactorily changed the social role; the individual is satisfied with the effects of hormone therapy; and the individual desires definitive surgical changes. Both the clinician in charge of endocrine transition therapy and the mental health professional should agree that surgery is both medically necessary and would benefit the patient’s overall health and well-being (strong recommendation; very low evidence). 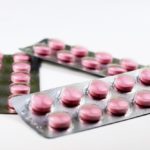