Specific oral bacteria are associated with baseline blood pressure (BP) status and the risk for incident hypertension in postmenopausal women. These findings were published in the Journal of the American Heart Association.

The analysis included 1215 postmenopausal women who were enrolled in the Buffalo Osteoporosis and Periodontal Disease (OsteoPerio) study from 1997 to 2001, which is ancillary to the Women’s Health Initiative Observational Study (WHIOS). Eligible participants had complete information available regarding the oral subgingival plaque microbiome, baseline hypertension status and BP measurements, and annual follow-up for incident hypertension.

In multivariable adjusted analysis, 13 of the associations remained significant. Similar patterns were observed when the analysis was limited to women who were normotensive and not using BP medication at baseline. Associations were similar after stratification based on age, smoking status, BP level, and body mass index.

Study limitations include sampling subgingival plaque on only a portion of teeth that were not selected according to periodontal disease severity, which may have resulted in a lower abundance of bacteria species that could be relevant to BP. In addition, the population included only postmenopausal women.

“Given the extensive burden of hypertension presently among older adults and its expected growth in coming decades with population aging, if proven causal, associations between oral bacteria and blood pressure dysregulation might offer new opportunities for targeted clinical intervention aimed at preventing hypertension in later life,” the researchers noted. 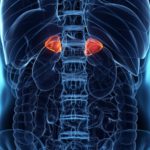