For patients undergoing standard low-dose adrenocorticotrophic hormone (ACTH) stimulation tests, testing cortisol levels at 15 and 60 minutes in addition to the standard 30 minutes can reduce false positives, according to study results published in The Journal of Clinical Endocrinology & Metabolism.

The results did indicate, however, that the majority of patients have peak cortisol levels at the standard 30-minute test.

The goal of this study was to determine whether testing cortisol levels at additional time points around the standard 30-minute sample testing would provide additional benefit in the low-dose ACTH stimulation test. The study included participants aged 3 months to 20 years who underwent low-dose ACTH stimulation tests at the Children’s Hospital of Eastern Ontario (n=221). The researchers performed the tests with cortisol levels measured at 0, 15, 30, and 60 minutes after administration of 1 µg cosyntropin. They defined central adrenal insufficiency as cortisol values <18 µg/dL (500 nmol/L). They then estimated the incremental value of testing cortisol at 15 or 60 minutes in addition to the standard 30 minutes.

The mean age of participants was 9.7 years and 32% were girls. A total of 123 participants passed the stimulation tests. 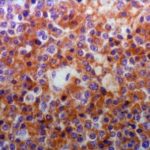 Recovery of HPA Axis Can Occur Late After Transsphenoidal Adenomectomy