In elementary school-age students, the risk of obesity is higher during summer vacations than during school time, according to research presented at ObesityWeek 2016.

Paul von Hippel, PhD, associate professor at the University of Texas Austin, and colleagues used a multilevel growth model to assess BMI in a random sample of 18,170 US students who were followed from kindergarten through second grade.

Dr von Hippel and colleagues measured participants’ weight and height; growth in mean BMI and obesity prevalence were assessed during each summer and school year.

“Our findings raise questions for parents and policymakers about how to help children adopt healthy behaviors during the long summer vacation to stop unhealthy weight gain,” said Dr von Hippel.2 “Our results also suggest that we cannot reverse the obesity epidemic if we focus only on what children are doing and eating while they are in school.”

The researchers suggest that school-based programs should undertake an effort to shape out-of-school behaviors, as well as additional out-of-school interventions that might include limiting food marketing directed at children, increased attendance at summer camps, and parental nutrition education.1

“We hope these findings galvanize efforts by parents, educators, public health advocates, and officials to make sure that summer does not set back efforts made during the school year to not just teach our children, but to keep them healthy,” Amanda Staiano, PhD, assistant professor and director of pediatric obesity at Louisiana State University’s Pennington Biomedical Research Center in Baton Rouge, and spokesperson for The Obesity Society, concluded.2 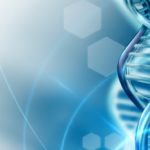 Is Gene Expression Linked to Obesity?