Hypertensive disease of pregnancy may be associated with severity of menopausal symptoms, specifically somato-vegetative symptoms, according to results from a study presented at the North American Menopause Society Annual Meeting, held September 25 to 28, 2019, in Chicago, Illinois.

Researchers from the Mayo Clinic in Rochester, Minnesota, conducted a cross-sectional study of perimenopausal and postmenopausal women seen at the Mayo Clinic (N=1367; mean age at menopause, 48.6 years) from May 2015 to June 2018. A total 1038 women had a history of pregnancy and no hypertension, 115 had a history of pregnancy complicated by hypertension, and 214 had no history of pregnancy. Menopausal symptoms that were assessed included psychologic (depression, irritability, anxiety, exhaustion), somato-vegetative (sweating/flush, cardiac complaints, sleeping disorders, joint and muscle complaints), and urogenital symptoms (sexual problems, urinary complaints, vaginal dryness). Symptoms severity was scored from 0 (none) to 4 (very severe). Patients were divided into 2 groups based on symptom severity: none to mild (0-1) or moderate to very severe (2-4).

Mean age at menopause did not differ significantly between groups. Total score for all symptoms (P =.032), as well as for somato-vegetative symptoms specifically (P =.026), was found to be statistically different between the 3 study groups and highest for women with previous pregnancy complicated by hypertension. Compared with nonparous women, the researchers reported a difference of 2.34 (95% CI, 0.67-4.01) in total menopausal symptom score for women who had a hypertensive disease of pregnancy (P =.006). Severity of hot flashes was not significantly different between groups.

“These results suggest that hypertensive pregnancy disease may be associated with severity of menopausal symptoms,” the investigators concluded. “Additional studies are needed to confirm these findings, particularly in relation to prediction of future [cardiovascular] risk in women.” 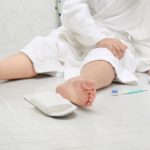