Results from a large study presented at ENDO 2018: The Endocrine Society Annual Meeting, held March 17-20 in Chicago, Illinois, showed that low sperm count is a marker of general health. Although hypogonadism was a major factor in this association, low sperm count was also associated with poor metabolic, cardiovascular, and bone health.1

“Evidence suggest[s] that infertile men are at increased risk for hypogonadism, metabolic derangements and osteoporosis, [and] have higher long-term morbidity and mortality than controls, but data are scarce and not conclusive,” wrote Alberto Ferlin, MD, PhD, from the University of Padova in Italy, and colleagues.

The researchers therefore tested whether semen quality and reproductive function could be a marker of general health in men.

Men with low sperm count (<39 million/ejaculate) had a 12-fold increased risk of having hypogonadism (odds ratio, 12.2, 95% CI, 10.2-14.6), with the highest risk seen in men with total sperm count <10 million, genetic causes, a history of cryptorchidism, and idiopathic forms.

All data were worse in men with low testosterone and were milder, but still significant, in men with isolated elevated luteinizing hormone. Low total sperm count was associated with poor metabolic parameter, and men with hypogonadism had lower bone mineral density, with 51% having osteoporosis or osteopenia.

The researchers noted that their results do not prove that low sperm counts cause metabolic derangements, but rather demonstrate that low sperm count is an indicator of general health in men. They concluded that infertile patients would greatly benefit from identification of accurate diagnostic and prognostic markers, as well as clinically important comorbidities and risk factors.

“The bottom line is that treatment of male infertility should not focus only on having a child when diagnostic testing finds other health risks, such as overweight, high cholesterol, or high blood pressure,” Dr Ferlin noted in a press release.2 “Men of couples having difficulties achieving pregnancy should be correctly diagnosed and followed up by their fertility specialists and primary care doctor because they could have an increased chance of morbidity and mortality,” he concluded. 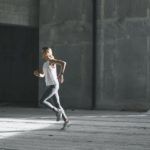