SAN DIEGO — Not all calories are equal, and it may be easier to reduce body fat by eating less fat than by eating fewer carbohydrates, researchers reported at ENDO 2015.

“Despite a great deal of research on the effectiveness of various weight loss diets, we wanted to understand the metabolic adaptations that occur when cutting dietary carbohydrate vs. fat while keeping dietary protein constant. In particular, we were interested in how the body adjusts its source of fuel when faced with a selective cut in fat vs. carbohydrate from the baseline diet,” said lead study author Kevin Hall, PhD, who is a senior investigator at the National Institute of Diabetes and Digestive and Kidney Diseases (NIDDK) of the National Institutes of Health (NIH) in Bethesda, Maryland.

He and his colleagues studied 10 men and 9 women with obesity. The average age of the volunteers was 24 years and average BMI was 36.

For the next 6 days, the participants were randomly assigned to one of two groups where they received a 30% reduced-energy diet by having either their fat or carbohydrate intake restricted.

“The clinical importance is that we found that restricting dietary carbohydrates leads to more body fat loss than restricting dietary fat in people with obesity when food intake is strictly controlled and an equal number of calories are removed from the diet in both cases,” Dr. Hall told Endocrinology Advisor.

The findings suggest fat calories may not be the same calories from carbohydrates when it comes to promoting increased adipose tissue lipolysis and fat oxidation.

“The most important take-home message is that, calorie for calorie, cutting dietary fat from the diet leads to metabolic imbalances that result in more body fat loss than cutting dietary carbohydrate in people with obesity,” Dr. Hall said.

“Of course, an important caveat is that the study subjects had no choice over their diet since they were inpatients on the metabolic ward at the NIH Clinical Center during the study and had to eat all of the food provided,” he added. “We did not assess whether one diet would be easier to stick to than the other over the long term.” 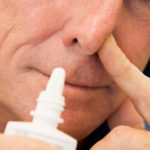