Women with diabetes have a 34% higher risk for experiencing an acute myocardial infarction (MI) than men with diabetes as they age, according to data presented at EASD 2015, the annual meeting of the European Association for the Study of Diabetes.

The study suggests that a gender-driven “risk window” opens in perimenopausal women, and clinicians may need to manage diabetes in this population in a more tailored fashion.

In addition, the study shows that postmenopausal women experience a greater risk for ischemic stroke and congestive heart failure, but to a lesser extent than for MI.

“It is known that diabetic females have an excess risk of cardiovascular events than their male counterparts, as based on previously published population studies or wide meta-analyses. What surprised me was that this difference was strictly related to age and type of cardiovascular event,” said study investigator Giuseppe Seghieri, MD, from the Regional Health Agency in Florence, Italy.

Seghieri, who presented the study findings at EASD 2015, said this new information should call attention to the need for timely and gender-oriented efforts to prevent cardiovascular (CV) events in adults over age 40 with diabetes.

It has been known for years that women with diabetes have a higher risk for CV events than men with diabetes, when compared with their peers without the disease. However, until now, it has been unclear when this risk begins or how long it lasts.

Seghieri and his colleagues conducted a retrospective follow-up study of a cohort of patients with diabetes living in Tuscany, Italy. In the study, they compared the effect of age on diabetes-related excess risk for hospitalization due to acute MI, ischemic stroke and congestive heart failure in men vs. women.

They pooled data from all hospitals in Tuscany between 2005 and 2012. The researchers included the general population registry of inhabitants in Tuscany and a dataset containing the registry of all known patients with diabetes from Tuscany.

The effect of diabetes was separately measured in men and in women across an 8-year period.

The diabetes-related excess risk was found to be significantly higher in women than in men hospitalized for acute MI (2.63 times increased risk compared with 1.96 times for men), after adjusting for age.

However, risks for ischemic stroke and congestive heart failure were similar in men and women.

After stratifying the population by age decades, women with diabetes hospitalized for acute MI had a significantly higher excess risk than men with diabetes, along the entire age interval between decade 45 to 54 years up to age 75 to 84 years. The highest difference was found in age class 45 to 54 years (5.83 times increased risk in women vs. 2.88 in men).

“Prevention of cardiovascular disease (CVD) in diabetes should be more precocious and careful in women, with the diagnosis done earlier and with more timely prescriptions of ASA or statins,” Seghieri told Endocrinology Advisor.

“My data points to a gender-oriented view of diabetes treatment, especially in the perimenopausal period, increasing policies toward prevention of CVD and especially acute MI in diabetic women. This should reduce the number of events and/or event-related outcomes in diabetic women. Our data should finally suggest [that we] reconsider previous studies on this subject, on a stricter stratification by age.” 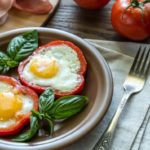