Serum thyrotropin (TSH) concentrations above the trimester-specific ranges in pregnancy appear to be associated with a 52% increased risk of prematurity in offspring, according to new data.

“We found that offspring of mothers with elevated TSH levels above the trimester-specific reference ranges in pregnancy had a 1.52 times higher risk of prematurity,” said investigator Sun Y. Lee, MD, of Boston University School of Medicine. “The findings of our study are clinically relevant as they add to the existing evidence potentially advocating for thyroid function testing in pregnant women, with a simple treatment of levothyroxine if needed.”

Dr Lee, who presented the study findings at the 86th Annual Meeting of the ATA, said there is conflicting evidence regarding the effects of maternal subclinical hypothyroidism on adverse pregnancy outcomes. Subsequently, she said there is ongoing debate regarding universal screening, which would largely identify those with subclinical hypothyroidism, as compared with a case-finding approach. She noted a case-finding approach would largely only identify those with overt and more symptomatic hypothyroidism and so only those women would be referred for thyroid function testing during their pregnancy.

Dr Lee and colleagues performed a retrospective cohort study of women aged at least 18 years with a singleton gestation. All the women were seen for prenatal care at Boston Medical Center between January 2007 and May 2014. The infant data were obtained from electronic medical records. The investigators excluded any women with thyroid disease or thyroid medication or lithium use.

In this study, maternal demographics, pertinent medical and obstetric history, and serum TSH levels from the first prenatal visit were used to predict adverse obstetric and perinatal outcomes. The investigators used trimester-specific ranges to define normal TSH values (first trimester, 0.1-2.5mIU/L; second trimester, 0.2-3mIU/L; third trimester, 0.3-3mIU/L.). For this investigation, low birthweight was defined as 2500 g or less and prematurity was defined as gestational age at birth of less than 37 weeks.

The analysis included 6100 pregnant women (mean age, 29.4 years) with trimester-specific TSH values during pregnancy. The group was diverse: 17% of the women were white, 60% were black, and 14% were Latino.

The mean gestational age at birth was 38.5 weeks.

The researchers found that 3844 of the women (63%) had TSH measured in the first trimester. Among these women, 383 (6.3%) had elevated trimester-specific TSH values, with a median of 3.33 mIU/L (range, 2.51-22.38 mIU/L). Dr Lee said elevated serum TSH levels in any trimester of pregnancy were associated with increased risks of prematurity compared with normal serum TSH values, after adjusting for potential confounders.

The researchers found that elevated serum TSH concentration did not predict fetal loss, preterm labor, or placental abruption. It also did not predict preeclampsia/eclampsia, cesarean section, gestational hypertension, and gestational diabetes. The same was true for neonatal respiratory distress syndrome, neonatal admission to intensive care unit, or low birthweight. In this cohort, there were no neonatal deaths.

“Our findings add to the evidence on potentially adverse effects of maternal subclinical hypothyroidism. More research with prospective data and information regarding presence of thyroid autoimmunity is needed to inform the debate,” Dr Lee told Endocrinology Advisor. 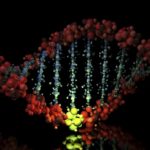